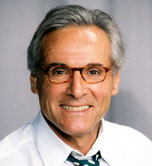 Pietro Nivola is a senior fellow at The Brookings Institution, where he holds the C. Douglas Dillon Chair in Governance Studies. Dr. Nivola was vice president and director of Governance Studies at Brookings between 2004 and 2008. He began at Brookings as a visiting fellow in 1988, and was appointed a senior fellow in 1993. Prior to that, he had been an associate professor of political science at the University of Vermont, and in 1976-77 a lecturer in the department of government at Harvard University.

Nivola has written numerous books and articles on subjects ranging from energy regulation and environmental protection, to trade and industrial policy, urban problems, federalism, and American national politics. He is the author of numerous publications. His more recent works include Laws of the Landscape: How Policies Shape Cities in Europe and America (Brookings, 1999); Managing Green Mandates: Local Rigors of U.S. Environmental Regulation (with Jon A. Shields) published in 2001 by the AEI-Brookings Joint Center for Regulatory Studies; Tense Commandments: Federal Prescriptions and City Problems (Brookings, 2002); and Agenda for the Nation (Brookings 2003), a volume co-edited with Henry J. Aaron and James M. Lindsay. His latest books, co-edited with David W. Brady of the Hoover Institution, are Red and Blue Nation? Volume I: Characteristics and Causes of America’s Polarized Politics (Brookings/Hoover, 2006) and Red and Blue Nation? Volume II: Consequences and Correction of America’s Polarized Politics (Brookings/Hoover, 2008).