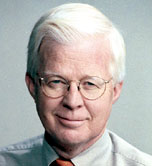 Barry Bosworth is a senior fellow in the Economic Studies and the Global Economy and Development programs and the Robert V. Roosa Chair in International Economics at the Brookings Institution. His research includes work on the determinants of economic growth in developing countries, saving, and capital formation. Mr. Bosworth has been a senior fellow since 1979 and served as a research associate from 1971-77. He was Director of the President’s Council on Wage and Price Stability in 1977-79; Visiting Lecturer at the University of California, Berkeley, 1974-75; and Assistant Processor, Harvard University, 1969-71. He received his Ph.D. from the University of Michigan in 1969. Some recent publications include: The Economy of Puerto Rico: Restoring Growth, with Susan Collins and Miguel A. Soto-Class (2006); Services Productivity in the United States New Sources of Economic Growth, with Jack Triplett (2004); “The Empirics of Growth: An Update,” Brookings Papers on Economic Activity, 2:2003, with Susan Collins; “Increased Life Expectancy: A Global Perspective,” with Benjamin Keys in Henry Aaron and William Schwartz (editors), Coping With Methuselah (2003); Aging Societies: the Global Dimension (1998); edited with Gary Burtless; Coming Together? Mexico-U.S. Relations (1997); edited with Susan M. Collins and Nora Lustig; and “Valuing the Renminbi,” Tokyo Club Papers (2004).